Sightseeing tour in Minsk – the pearl of Belarus 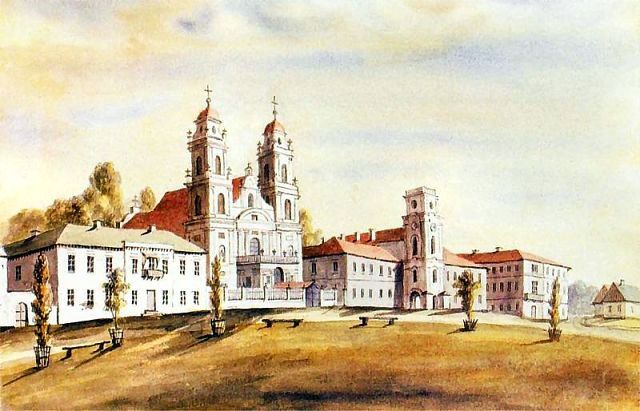 During the 3.5-hour tour you’ll know about the past and present life of the city, drive through the best
streets and avenues of the city, see wonderful architecture and sculpture. Make sure that modern
Minsk is a truly European city.
The excursion tour of Minsk for small combined groups and individual tourists starts at Railway station.
Excursions for combined groups start at 10 a.m. daily. In case of individual tour – by agreement at a
convenient time for you.
Cost: (for group) 1-3 persons =150 BYN; 1-5 persons =160 BYN.; 1-6 persons = 200 BYN; 1-14 persons =
280 BYN; 1-20 persons = 400 BYN.
We rely on professional and high-quality excursion service, trying to keep the most comfortable prices.
There is a modern building at the Railway station square, built in 2004. According to residents and many
guests of the capital, it is one of the most thoughtful and comfortable railway station building in Eastern
Europe. 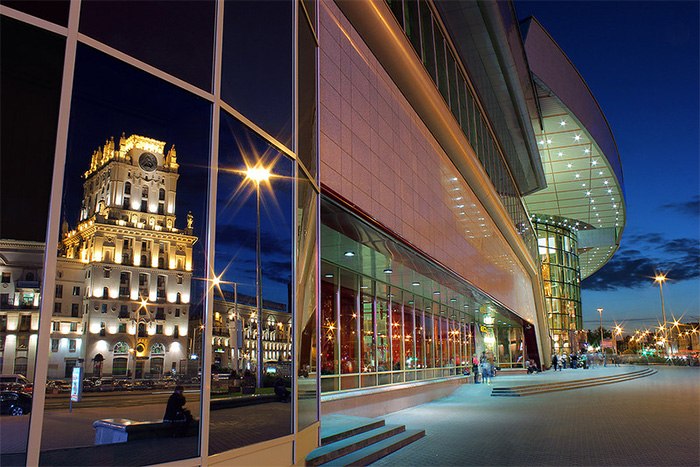 Next our tour will follow to Independence square – the main administrative square of the state and the
city. 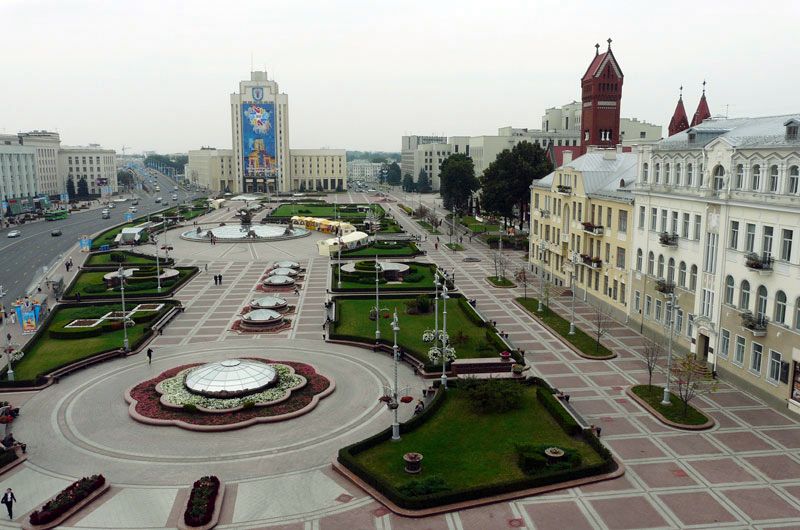 On Independence square there is the Church of Saints Simeon and Elena – monument of architecture,
built in 1910 by entrepreneur Vainilovich in honor of his early deceased children. 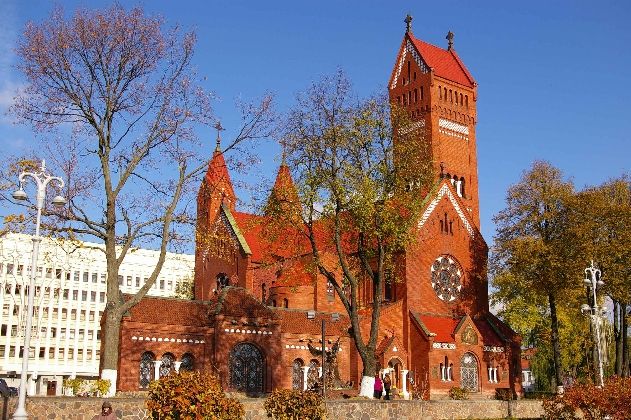 Then excursion bus will take you along the main avenue of the city — Independence Avenue. You will be
greeted by beautiful buildings built in the 40-50 th in the soviet empire style.

Postwar period building – Committee of state security (1945-1947, architect M. Parusnikov). One of the
most beautiful post-war buildings in Minsk. 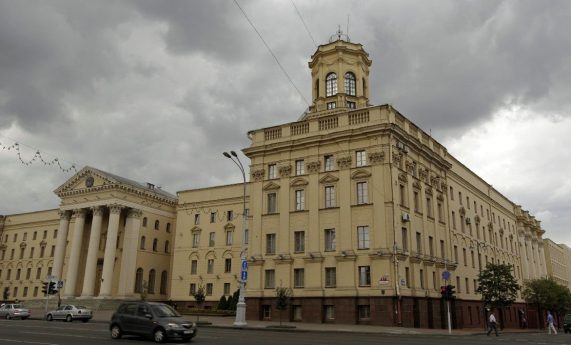 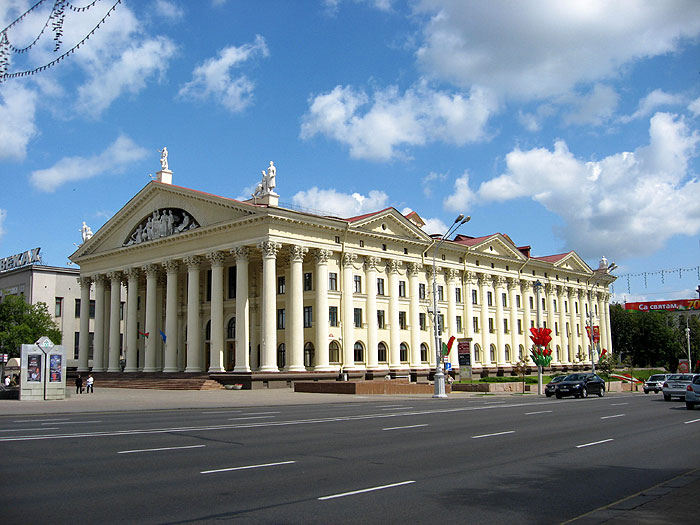 Part of the Independence Avenue, applying to be included in the UNESCO list, is worthy to get
acquainted with it and enjoy the «music» of architecture.
The National library building was built in the mid-2000s. 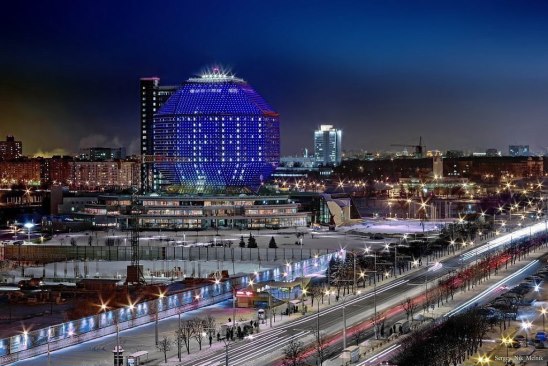 Among them — the city Hall and pre-revolutionary hotel Europe. 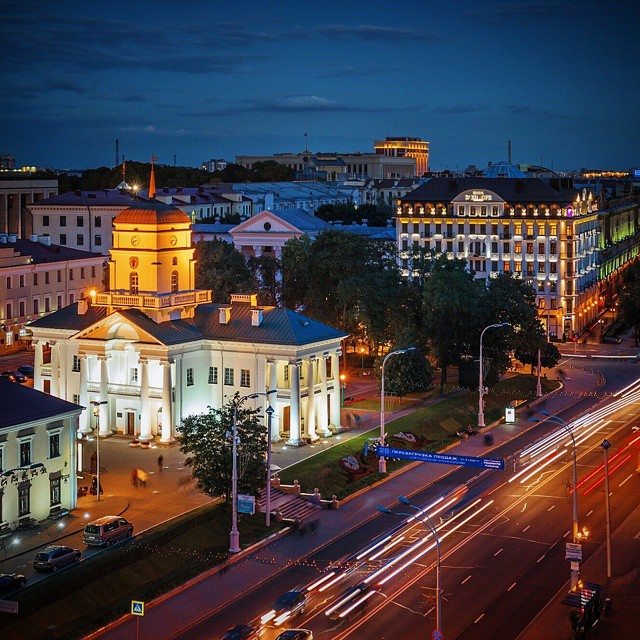 Several significant sports facilities have been built in Minsk. The most interesting of them are Sport
Palace, The football arena, the Minsk Arena, the new building of the National Olympic Committee. To
know more detailed about them you can during a specialized tour ‘Minsk-Sportish’. 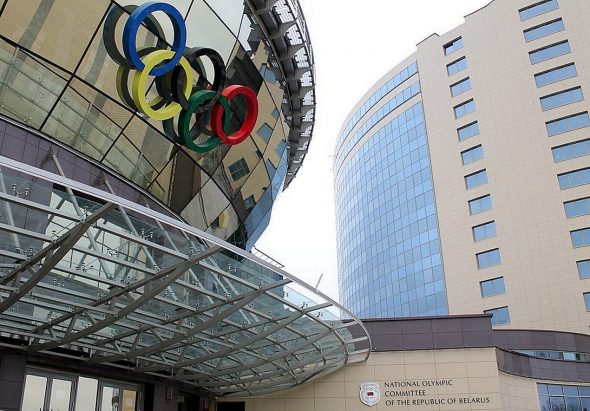 In the Trinity suburb, on the «Island of tears» you will find a symbolic chapel, the base of which are
bronze sculptures of mothers, sisters, wives — left without their sons, brothers and husbands during the modern wars. 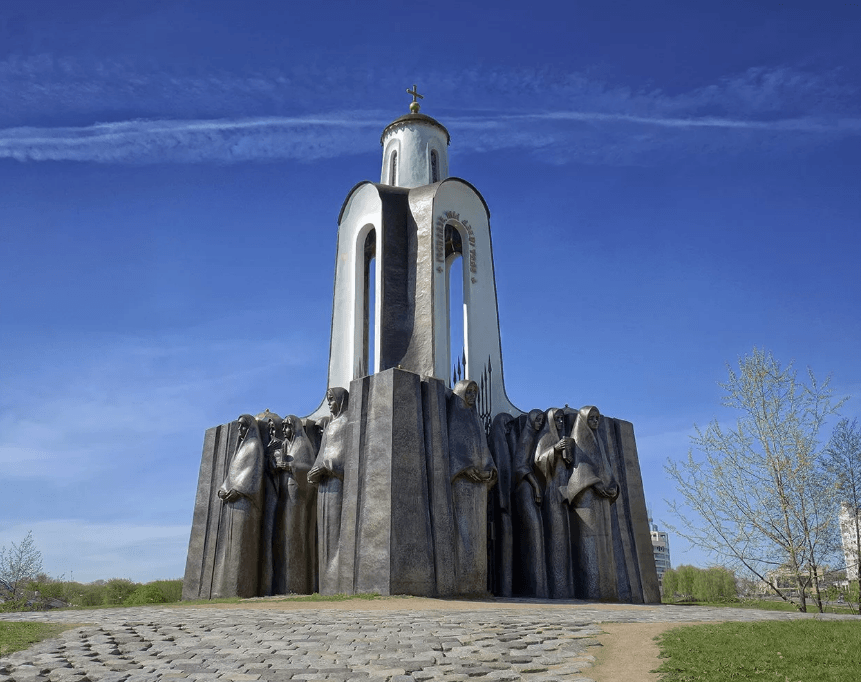 Island of tears, a symbolic chapel dedicated to the deceased Belarusian soldiers. 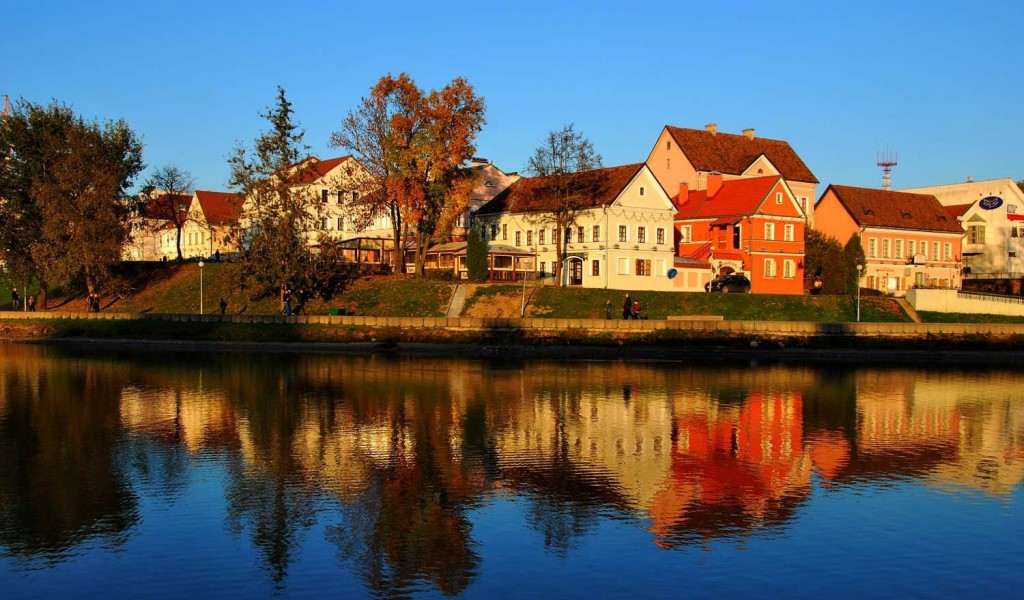 Trinity suburb – a corner of Minsk leading its history from the middle ages (reconstruction of 16-19 centuries buildings).

While this tour Minsk will charm you with its rich history, decent architecture and friendly people!
The proposed tourist route is really interesting and honed by years of experience!

In addition to the tour can be organized:

Book an excursion or a tour of Minsk and Belarus below with:
* Your name
* Your contact e-mail
Phone